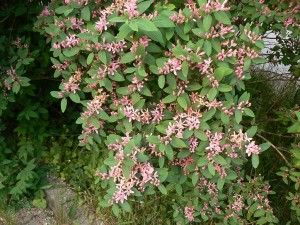 Planting honeysuckle is easy, as they generally require no aftercare to thrive, aside from occasional pruning. Once a suitable site is selected, the hole should be dug large enough for the root system to spread out. The roots should be only a few inches underneath the surface of the soil, as they require air to grow properly. Once in place, the plant should be watered.

Plant these bushes in an area of moist, alkaline soil for best results. This is not required, however, as varieties of honeysuckle will grow in dry or acidic soil as well. They can be planted just about anywhere that has full sun, although some will survive in areas of partial shade. The hardiness of honeysuckle will depend on the species or cultivar. When planting honeysuckle vines, there should be a trellis or fence to climb, and they climb by twining. This means that they will not be able to climb a wall that does not have anything to twine around. 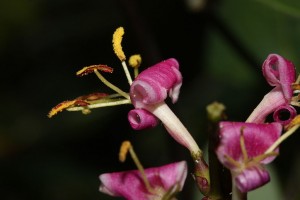 Planting honeysuckle is usually done in the early spring, to allow the root system to strengthen enough for the coming winter. Honeysuckle may need to be pruned after they are planted. This should also be done in early spring or late winter, removing old and dead growth, as honeysuckle will flower on new growth only. Some species of honeysuckle should be pruned in early winter, after the first frost. Ask a garden center about when and how to prune specific honeysuckle.