Plan Your Garden By Planting In Threes

Plan Your Garden By Planting In Threes 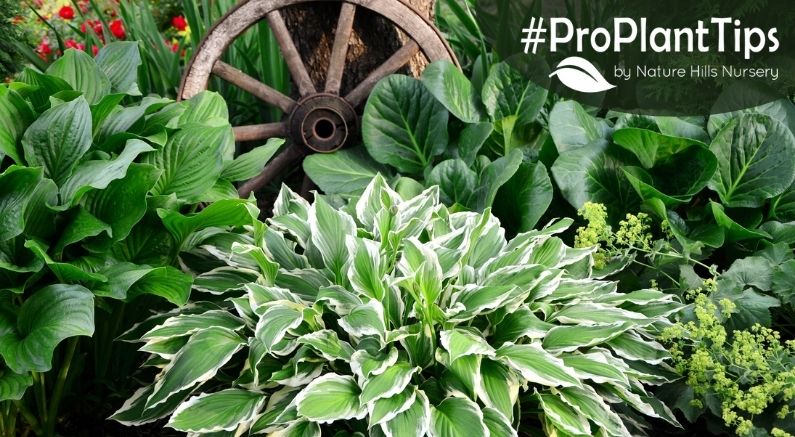 If you’re anything like me, you all but drool at the spectacular gardens put together by those who have been cultivating their craft for many years. How do they do it?

More specifically, how can someone throw together seemingly random genus, species, and cultivars in a way that looks both planned and completely natural. My untrained eyes look at an empty garden bed and simply don’t know where to start.

As someone who is still learning, I tend to fall back on the basics fairly often and one of my favorites is the planting rule of three.

I grew up in a house that had, what I can only describe as, an absolutely gigantic garden. It was a budding botanical lover’s dream. The elder gardeners in my family hammered one rule into my head while plant shopping:

When you’re working with the kind of sheer square footage we were, buying less than three all but ensured they’d get lost in the fray.

However, as I’ve grown older (and dare I say wiser) I’ve realized there are far more reasons to buy three, five or even seven of a plant.

First and foremost, the number of plants is directly related to the amount of space you’re working with. If you’re putting together a garden design for a large area, substitute the number three in this article for the number five, or hey, even seven.

Planting in groups of three leads to a more natural feel and is very pleasing to the eye. There are several ways to incorporate an odd number of plants into your design other than in a simple straight line. Although that is a great option since an odd-numbered group gives a natural center.

If you have three, consider planting in a triad of some sort. Either at the front of your garden bed or use taller plants towards the back to draw the eyes across the entire bed in one fell swoop.

While an equilateral triangle is the most common planting formation, there’s no need to limit yourself. Plant a triple of hostas underneath your shade tree at a right angle so none of them are hidden behind the trunk.

Using that same concept, you could fill in the gaps with three different plants or three different colored hosta cultivars for a total of six creating a border around the base (yes that equals six but it’ll still maintain that natural look since you’re mixing and matching).

Again, if you’re anything like me, you’ve bought extra plants before because they were the last ones on the shelf and you have the radical belief that every plant needs a home. Skipping over the fact that that makes me a plant weirdo, we now have an even number of plants.

There are a couple of options in this situation. The first being to simply split them up. If you have four of a kind, try planting three on one side of your garden and the fourth on the other side as a single plant specimen.

If that extra plant brought your total up to six, then the answer is easy. Split into two groups and vualá, you now have three and three to plant anywhere you’d like (as long as they aren’t directly next to each other).

Let’s say you’ve accidentally ended up with two of a kind and there isn’t an option to go back and grab a third. This is when you look around your garden and find something that could use a frame of some sort.

Planting a specimen on either side of a doorway or some piece of outdoor artwork is the perfect way to use two of a kind. It’s a bit more of a formal planting style but when done in the right way can really accentuate and bring out a focal point.

Ok, yes. Knowing the rule of three is helpful but how do those experienced gardeners put it into practice to get that stunning masterpiece of a garden. The short answer is experience and lots of trial and error.

However, if you’re looking for a good starting place, we’re more than happy to give some ideas to get you going.

For shady gardens, we have to recommend hostas. There are so many interesting types that you could fill your entire garden with groups of threes without repeating even once. Check out our extensive selection and pick a couple (plus one!) of your favorites.

Here’s a #ProPlantTip: after picking out all of your favorite hostas, add a common thread of one kind meandering around all of your triad plantings. It’ll pull the entire bed together and look like you hired a professional garden designer.

On the other end of the spectrum, sunny gardens have the opportunity to grow roses in abundance. Like hostas, roses come in just about any color you couple possibly want and their flowery fragrance is second to none. These can be lined up in rows to make border hedges or planted in a triangle formation, either way, they’ll look amazing.

For a texture that lasts longer than the warm months, try buying ornamental grasses in groups of three. You can add taller cultivars toward the back of your garden so they create an interesting backdrop while keeping the shorter plants in the front shielded from possible winds or inclement weather.

When planting in a triangle, lines, or any other shape, you’ll want to pay attention to the final spread of a plant. Odds are, the plant you bought isn’t its full size yet. If you space them out according to how big they are when planting, you might find one summer day that they’ve grown into each other to form one massive blob.

Space them out so that when your plants reach their full size, they’ll still be far enough away from each other to distinguish that they are indeed separate plants. It might look a little awkward when they’re first planted but we promise the finished product will be worth it.

As always, don’t forget to add a layer of mulch around your plants. It helps plants establish more efficiently by maintaining moisture and keeping the weeds away. Plus the right mulch helps tie all your new plants together aesthetically for a truly professional look.

Keep the rule of three in mind when you’re buying plants this spring and every season thereafter and you’ll be well on your way to creating a garden that others will drool at the sight of.