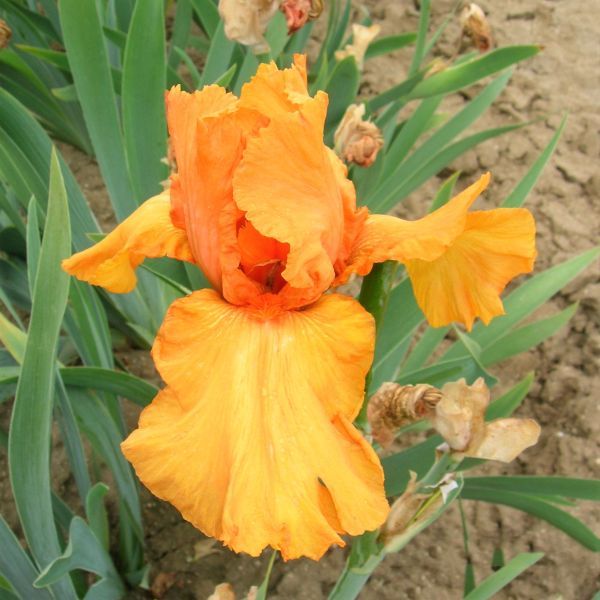 Who said disco is dead? Disco is alive in well in the garden, and the Disco Music Tall Bearded Iris (Iris germanica 'Disco Music') will have you dancing all spring long with its vibrant and striking blooms! In fact, it might make you forgive those disco-era hairdos and sequined bell-bottoms. With orange coloration and violet pinstripes, this iris proves that Disco Music is here to stay.

This classically shaped iris blooms in a range of orange hues. From its rich yet vibrant orange beard to its soft and peachy standards and its striped orange with violet falls, it truly a vision in orange. And it doesn't skimp on the blooms either. It will bud with two 5-inch flowers per stem.

The Disco Music Iris will even have your local pollinators boogying down. This happens to be a favorite flower to give hummingbirds and butterflies those good vibrations.

If you're a fan of full green foliage, you're in luck! The Disco Music Iris has a thick and verdant mound of sword-shaped fanned foliage that looks healthy and attractive year-round.

The Disco Music Iris shines in full sun or partial shade and enjoys quick-draining soil. It tolerates a wide range of soil types including sandy soil, acidic soil, and clay. You will want to plan on thinning yours out after it begins to cluster after about three years.

When you plant your Disco Music Iris, make sure you keep its rhizome above the surface of the soil. Plant it centered on a small mound to let the water easily drain away. It roots well when watered regularly for the first year. After you will want to limit watering it to when its soil begins to dry out. It's relatively drought-tolerant once established, so you don't need to worry.

Create a dazzling show of orange by planting several Disco Music Irises around your mailbox or as a front border. This iris also looks eye-catching as a container specimen or planted in a mass planting.

It's ok to give into a bit of disco fever with a few Disco Music Tall Bearded Irises to light your yard. You won't regret the apricot and tangerine blooms that will warm up your garden. Order yours now!

Bare root Iris are shipped as nice fresh cut divisions with two to three fans of green tops. Keep in mind each Iris variety can have slightly different sized roots.

When planting, make sure 1/3rd of the rhizome is exposed to sunlight with the roots buried underneath. Note, it's best to cover the rhizome with a thin layer of mulch or leaves to protect it during the coldest months but make sure to uncover in the spring. 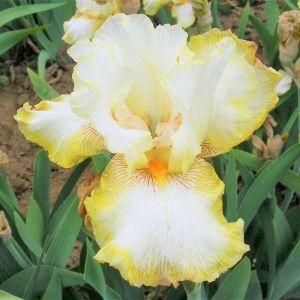 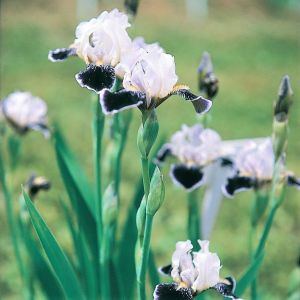 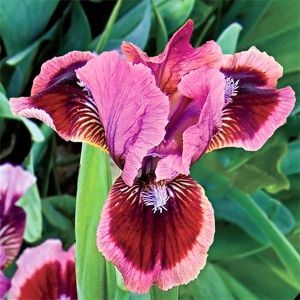 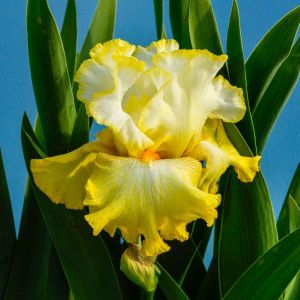 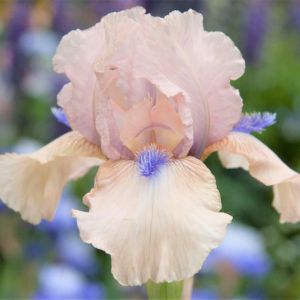 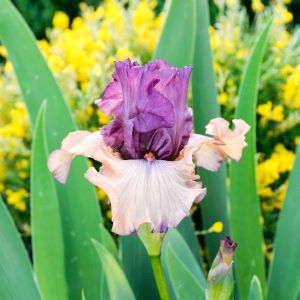 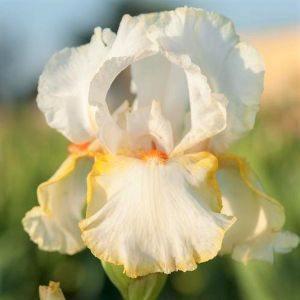 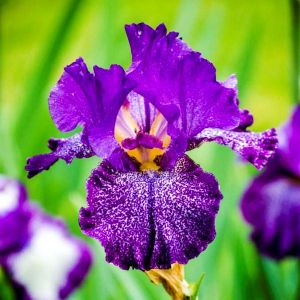 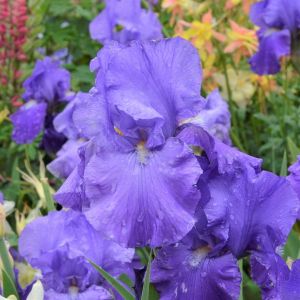 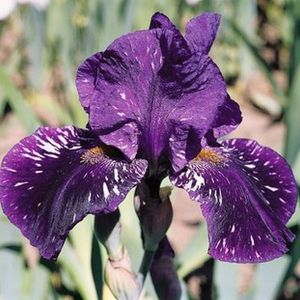